Las Vegas, Nev. ‒ Harley-Davidson and the Ultimate Fighting Championship® (UFC) will launch a new contest at UFC 177 this weekend sure to make one fan an instant hometown hero. The Harley-Davidson Hometown Throwdown III event puts one lucky fan and their city in the spotlight; the two iconic brands will roll into the winner’s home town with the ultimate prize package – a UFC fight and tailgate party topped off with custom Harleys, live music, Octagon Girls® and more.

The contest, running through Dec. 31, 2014, kicks off with a bang Aug. 30 at UFC 177 in Sacramento, where Harley-Davidson will award a custom Harley-Davidson cruiser from their 2015 motorcycle lineup launched earlier this week to each of the five winning fighters on the main card, giving the fighters a reason to fight even harder.

“We want fans and fighters to know that when Harley-Davidson and UFC come together something big is about to happen,” said Dino Bernacchi, U.S. Marketing Director at Harley-Davidson. “We are raising the stakes for UFC 177 by giving each bout winner a new motorcycle, and we’re also bringing back for the third year a fan favorite – the Hometown Throwdown event – which proves to be a once-in-a-lifetime way to experience the world’s best fighters and the only motorcycle brand worthy of being in the Octagon.”

Fans can clinch the chance to host what could be the most street-rumbling, all-out bash their town has ever seen by explaining why their city should be the next location for the 2015 Harley-Davidson Hometown Throwdown event and how they would be the ultimate host at www.h-d.com/UFC.

In addition to the opportunity to play host for the 2015 Harley-Davidson Hometown Throwdown, the winner also will:

·         Learn to ride Vegas-style with a five-day/four-night trip for four to Las Vegas in March where they’ll train with professional UFC fighters at the Harley-Davidson Riding Academy and be cheered on by – and hang out with – the famous Octagon Girls.
·         Receive the ride of a lifetime with their choice of one customized 2015 Harley-Davidson® Dark Custom™ motorcycle (www.h-d.com/darkcustom).
·         Be the hometown hero by hosting a weekend experience in their hometown, including behind-the-scenes access at the Harley-Davidson Hometown Throwdown event and exclusive time with the fighters.
·         Lead the pack with a UFC entourage during the parade-style group motorcycle ride through the streets of their hometown to the fight location.
·         Plan the Party with Harley-Davidson and UFC, including the ride and the tailgate party entertainment.

Fans can learn more about the contest and submit their entries by visiting www.h-d.com/UFC  through December 31, 2014.

FIRST EVENT IN MEXICO SELLS OUT IN 8 HOURS
Over 20,000 fans set to attend UFC® 180: VELASQUEZ vs. WERDUM
November 15 at the Arena Ciudad de Mexico
Mexico City – It took just eight hours to sell-out the highly anticipated UFC® 180: VELASQUEZ vs. WERDUM event scheduled for November 15 at the Arena Ciudad de Mexico (Mexico City Arena).
Fans made history at the box office, as well as online, to sell out Mexico’s first ever live UFC® event. UFC 180: VELASQUEZ vs. WERDUM is the fastest sell-out in the history of the Arena Ciudad de Mexico and it will also set a new attendance record with over 20,000 fans attending the monumental event.
On Tuesday, August 26 the UFC’s Chairman and CEO, Lorenzo Fertitta, and UFC President, Dana White, held a press conference in Mexico City to announce the launch of ticket sales, accompanied by some of the featured fighters on the UFC 180 card. It was also revealed that several fighters of Mexican or Latin American decent would showcase their skills at the November event. Fighters include: heavyweight champion Cain Velasquez, heavyweight title contender, Fabricio Werdum, Kelvin Gastelum, Jake Ellenberger, Diego Sanchez, Augusto “Dodger” Montano, Erik Perez, Ricardo Lamas and Norman Parke. The full fight card will be available at ufc.com.
“That we’ve sold out in the blink of an eye is proof that Mexico is ready for its first UFC event and shows the true devotion of UFC’s fan base,” said Jaime Pollack, UFC Senior Vice President, International Development and General Manager, Latin America. “We couldn’t ask for a better partner in Zignia Live, who provided the staffing and technology to keep pace with the high demand and ensure a seamless experience from UFC fans in Mexico and around the region.”
UFC® 180: VELASQUEZ vs. WERDUM will be available live on Pay-Per-View at 10 p.m. ET/7 p.m. PT on UFC.TV, iN DEMAND, DirecTV, DISH Network, Avail-TVN, and in Canada on BellTV, Shaw Communications, Sasktel, and Viewer’s Choice Canada for a suggested retail price of $44.99 US/$49.99 CAN for Standard Definition and $54.99 US/$59.99 CAN for High -Definition. Fathom Events and the UFC will also broadcast the event live to select movie theatres in the U.S. on Sat., Nov. 15 at 10 p.m. ET/7 p.m. PT. For a list of participating theatres, visit www.fathomevents.com.
For more information or current fight news, visit www.ufc.com. All bouts are live and subject to change. Follow us on Twitter: @UFC and Facebook/UFC


·         Manual Taunts: Players will now be able to add insult to injury with a well-placed taunt. Pressing Left or Right on the directional pad will cause a fighter to taunt their opponent mid-bout.

·         Kick Catching: Players will now have the ability to catch opponents’ kicks during parries if the attacking fighter has low stamina or high leg-damage when throwing the kick. If the parry button is held, a takedown will be initiated.


·         TKO Stoppage: The referee will now stop the bout if the submissive fighter blocks too many strikes without trying to improve their position during ground and pound.

Powered by EA SPORTS IGNITE technology, EA SPORTS UFC is built from the ground up exclusively for the new consoles and captures the human athleticism, physiology and emotion of the athlete like nothing before it. The game is available now for the PlayStation® 4 and Xbox One consoles.

Tickets for UFC® 180: VELASQUEZ vs. WERDUM
at Arena Ciudad de México in Mexico City
on sale Wednesday, August 27
Mexico City - The UFC® was in Mexico today to kickoff ticket sales for UFC® 180: VELASQUEZ vs. WERDUM, and unveil several of the fighters and bouts slated for the Saturday, November 15 event at the Arena Ciudad de México in Mexico City.
UFC Chairman and CEO Lorenzo Fertitta, UFC President Dana White, heavyweight champion Cain Velasquez, heavyweight title contender, Fabricio Werdum, Kelvin Gastelum, Jake Ellenberger, Diego Sanchez, Augusto “Dodger” Montano, Erik Perez, Ricardo Lamas and Norman Parke were present at the press conference, which took place at the Polyforum Siqueiros - the capital's iconic forum. Inaugurated in 1971, it is home to “La Marcha de La Humanidad,” the largest mural in Latin America and work of Mexican artist David Alfaro Siqueiros.
Headlining the November card is the highly anticipated five-round main event featuring UFC heavyweight champion Cain Velasquez (13-1, in his professional career, fighting out of San Jose, Calif.), and no.1 contender Fabricio Werdum (17-5-1, fighting out of Los Angeles, Calif. by way of Porto Alegre, Brazil). The heavyweight clash marks the culmination of 12 weeks of rivalry and competition as coaches on The Ultimate Fighter Latin America.
In addition, eighth-ranked Jake Ellenberger (29-8, fighting out of Lake Forrest, Calif. by way of Omaha, Nebraska) goes up against no.11 Kelvin Gastelum (10-0, fighting out of Yuma, Ariz.) in a welterweight showdown. Ellenberger, a former Marine and NCAA wrestler, will bring his grit and knockout power to the Octagon® against the undefeated winner of the 17th season of The Ultimate Fighter.
Other bouts for UFC® 180 include:
- The Ultimate Fighter winners, Diego Sanchez (27-7, fighting out of Albuquerque, N.M.) and Norman Parke (21-2-1, fighting out of Bushmills, Ireland) will collide in a lightweight battle
- No.4 ranked, Ricardo Lamas (14-3, fighting out of Chicago, Ill.) will meet Dennis Bermudez (15-3, fighting out of Lindenhurst, N.Y.) in a featherweight showdown that could have title implications
- Born and raised Mexican fighter, Erik Perez (14-6, fighting out of Albuquerque, N.M.by way of Monterrey, Mexico) squares off against Marcus Brimage (6-3, fighting out of Coconut Creek, Fla.)
- Augusto “Dodger” Montano (13-1, fighting out of Mexico City, Mexico), the newest Mexican fighter signed to the organization and making his UFC debut
The card will also feature the final featherweight and bantamweight bouts of The Ultimate Fighter Latin America. The series, brought to you by Bud Light®, which started airing August 20, can be seen throughout Latin America on TV channels and free-to-air, including UFC Network. Networks, air dates and times can be seen here: http://www.ufcespanol.com/news/tuf-latam-donde-ver.
Tickets for UFC® 180: VELASQUEZ vs. WERDUM go on sale Wednesday, August 27 at 10 a.m. CT and are priced at $7,000 zone Cancha, $4,500 zone Retractil Platino, $2,950 zone Superpalco (Club), $2,950 zone Retractil Oro, $2,250 zone Platea Platino, $1,750 zone Platea Oro, $1,300 zone Barrera, $975 zone Butaca, $850 zone Butaca 2, $650 zone Balcon, $450 zone Balcon 2, $350 zone Balcon 3  (prices listed in Mexican pesos and include taxes). Tickets are available for purchase online at www.superboletos.com, by phone at +52 (55) 15154100. Ticket sales are limited to eight (8) per person. Ticket prices do not include applicable service charges.
UFC® 180: VELASQUEZ vs. WERDUM will be available live on Pay-Per-View at 10 p.m. ET/7 p.m. PT on UFC.TV, iN DEMAND, DirecTV, DISH Network, Avail-TVN, and in Canada on BellTV, Shaw Communications, Sasktel, and Viewer’s Choice Canada for a suggested retail price of $44.99 US/$49.99 CAN for Standard Definition and $54.99 US/$59.99 CAN for High -Definition. Fathom Events and the UFC will also broadcast the event live to select movie theatres in the U.S. on Sat., Nov. 15 at 10 p.m. ET/7 p.m. PT. For more information, visit www.fathomevents.com.
For more information or current fight news, visit www.ufc.com. All bouts are live and subject to change. 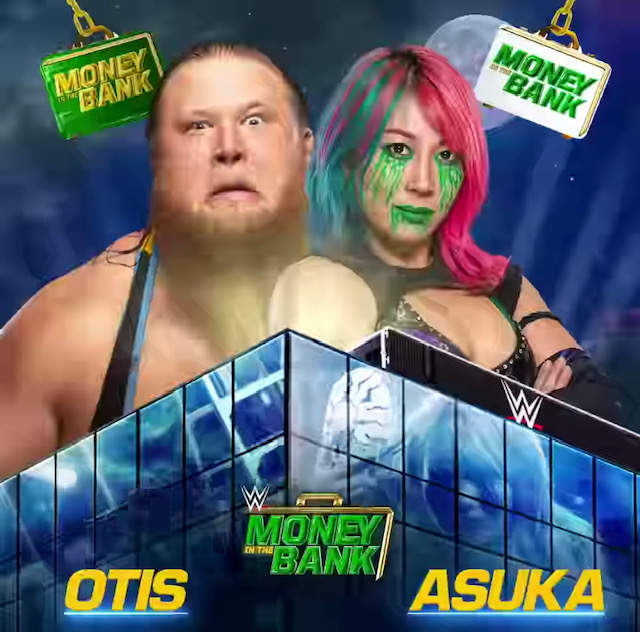