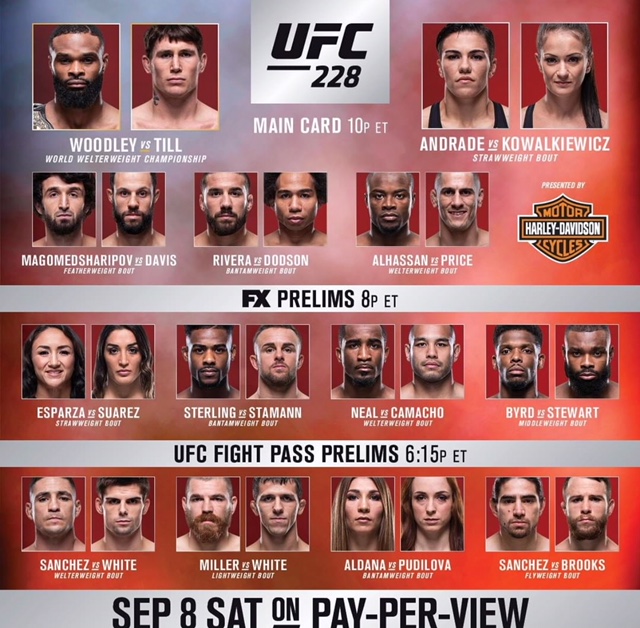 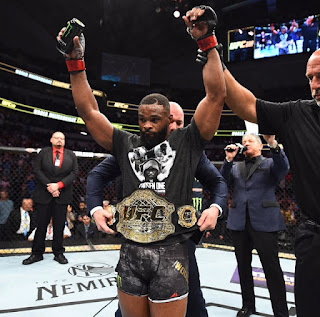 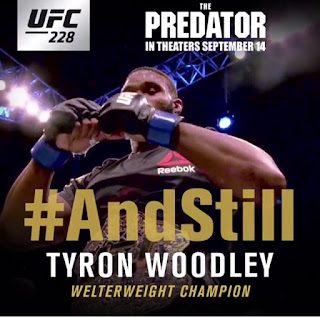 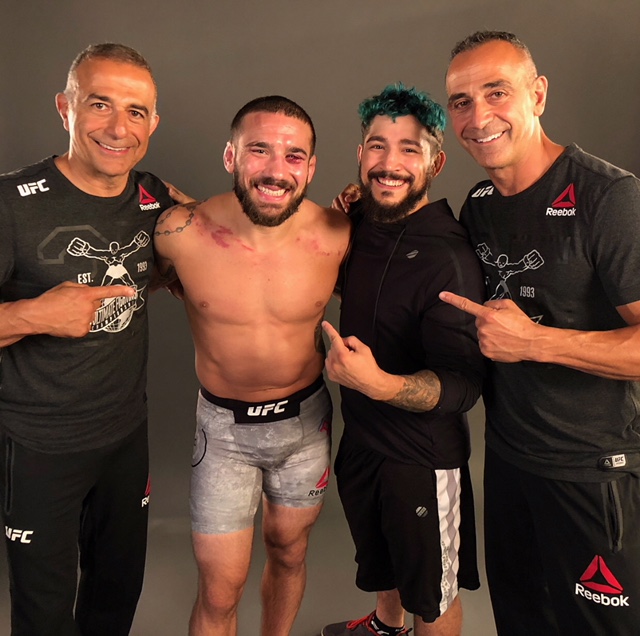 P3 Portable Protein Snacks deliver a tasty combination of meat, cheese, nuts, and fruits, all in one portable pack. They come in multiple varieties and sizes, all offering a convenient way for consumers to get their protein. Oscar Mayer established the Adult Snacking segment with P3 in 2014, and since its launch, the P3 brand has successfully built awareness and has grown in popularity with consumers. They are widely distributed in retail grocery and convenience stores across the country. The UFC partnership will further expand awareness to a new and coveted loyal MMA fan base.

Under the terms of this partnership, P3 will have a branded presence inside the world-famous Octagon® at select UFC events for the remainder of the year. Additional partnership activations will include the integration of P3 branding throughout UFC’s telecasts, digital media campaigns, and Fight Week integrations. At select participating retail locations, P3 displays will feature images of UFC athletes and official UFC logos at point of sale.

The first P3 activation with UFC will begin on Saturday, September 8, with UFC® 228: WOODLEY vs. TILL, featuring the highly anticipated welterweight championship bout that will see Tyron Woodley defend against undefeated No.2-ranked contender Darren Till.

“We’re excited to partner with a blue-chip business-like Oscar Mayer and their P3 Brand to connect with UFC fans in an authentic way,” said Paul Asencio, UFC Senior Vice President, Global Partnerships. “This relationship is a natural fit for both brands and we look forward to collaborating with P3 to grow its share of the market and reach UFC’s dedicated fan base.”

“At Oscar Mayer, we know the importance of protein snacking and performance,” said Don Fussner, General Manager of Oscar Mayer. “Therefore, with our P3 Portable Protein Pack, we are extremely excited to partner with the most premiere performance athletes in the world.  The UFC is a phenomenal brand with an incredibly loyal – and growing – fan base.  Becoming the Official Protein Snack of UFC is a powerful fit for both companies and it’s a new and interesting platform for P3 to participate. We are looking forward to embedding our brand into the UFC culture, helping both athletes and fans alike find a more interesting way to get their protein.”

As part of this collaboration, Blackheart Premium Spiced Rum will have a branded presence inside the world-famous Octagon® and at UFC VIP Experiences during key events throughout 2018-2019, beginning with UFC FIGHT NIGHT®: EDGAR vs. KOREAN ZOMBIE. The event, which takes place on Saturday, November 10, at Pepsi Center in Denver, will be the focus of attention as it also marks UFC’s historic 25th anniversary celebration. The fast-growing Spiced Rum brand will also be integrated across multiple UFC-based social and digital platforms.

“We are thrilled to step into the Octagon as the Official Rum of UFC. As Blackheart Rum continues to outpace the category in growth, we are always looking for ways to elevate our presence through engaging, innovative experiences with fans,” said Hannah Venhoff, Heaven Hill Senior Brand Manager. “The alignment with UFC expands our involvement in MMA and further supports the spirit of the brand.”

Starting in September, UFC and Blackheart Premium Spiced Rum will be featured on co-branded retail point of sale materials in locations across the U.S. and also in various digital and social media co-branded promotions. For more information, please visit BlackheartRum.com.

Under the terms of the agreement, Nemiroff becomes UFC’s first-ever “Official Vodka” Partner, creating a new sponsorship category for UFC. In return, Nemiroff will have a branded presence inside the world-famous Octagon® at all UFC events, including UFC’s remaining Pay-Per-View events in 2018, starting with UFC® 228: WOODLEY vs. TILL, which takes place at American Airlines Center in Dallas on Saturday, September 8.

“We’re excited that Nemiroff is joining us as UFC’s first-ever global Vodka partner,” said Paul Asencio, UFC Senior Vice President, Global Partnerships. “The alcohol and spirits categories continue to be an important component of our sponsorship business, and Nemiroff’s global popularity will help us grow UFC’s brand and the sport of MMA around the world.”

“We’re really pleased to establish a partnership with UFC worldwide,” said Yuriy Sorochynskiy, Chief Executive Officer of Nemiroff. “The vision and values of UFC are highly relevant and parallel with Nemiroff’s brand DNA. By establishing Nemiroff as UFC’s Official Vodka Partner, we can align brand strategy and reach a wider market.”

Additional partnership activations will include the integration of Nemiroff branding throughout UFC’s telecasts, as well as sampling, digital media, and other promotional opportunities. Through UFC’s worldwide programming distribution, Nemiroff’s brand exposure has the potential to reach 1.1 billion TV households in more than 160 countries and territories in 40 different languages.

The entire event will be streamed live and then made available via video-on-demand only on UFC FIGHT PASS®. Click here for the trailer.

“I’m very excited to announce QUINTET will now make its way to Las Vegas,” Sakuraba said. “Japanese fans and FIGHT PASS viewers already know how thrilling our five-on-five, winner stays on team grappling event is, and now the fight capital of the world is cordially invited to witness an event unlike anything seen before in the United States.”

QUINTET’s unique format sees teams of five face-off in single matches until all the members of one team have either been submitted or eliminated from the match by means of a time-limit draw (where both competitors are eliminated). Four teams will compete at the event, with the two winning semi-final squads then meeting in a finale match to decide the QUINTET 3 champions.

David Shaw, UFC Senior Vice-President of International and Content, said: “We’re excited Quintet is bringing such a stacked event to UFC FIGHT PASS on what already is going to be an historic week for fight fans.”

“We will be ready for battle and give the fans great entertainment,” Sakuraba said.

“I’m super excited to bring Team Alpha Male to this event,” Faber said. “Combat sports have always been a game of human chess and outthinking your opponent. QUINTET takes that to a whole other level, adding more tools and more complexity. We can’t wait!”

Ben Tong, Polaris co-owner, said: “Team Polaris is looking forward to defending the title we won at the inaugural QUINTET. The other three teams are very strong, but we are very confident we have the talent and the tactics to win again.”

“The rules of QUINTET are the same rules my guys train every day at 10th Planet,” 10th Planet head coach Eddie Bravo said. “We were made for this. If it ain’t broke – don’t fix it; we are coming back with the same team that won QUINTET 2.”

Tickets will be available from this Friday at Ticketmaster. A special VIP experience, where fans can meet Sakuraba and other stars and receive a special signed commemorative poster, will also be available.

Las Vegas, Nevada – UFC® will celebrate its 25th anniversary by returning to where it all began—Denver, Colo. In a thrilling featherweight contenders’ bout, No.3-ranked Frankie Edgar will battle No.10 Chan Sung Jung. Also, No.12-ranked welterweight Donald Cerrone will throw down with Mike Perry in a fight guaranteed to deliver fireworks. UFC FIGHT NIGHT®: EDGAR vs. KOREAN ZOMBIE takes place Sat., November 10 at Pepsi Center and will air live on FS1.

A former lightweight champion and two-time featherweight title challenger, Edgar (21-6-1, fighting out of Toms River, N.J.) has beaten some of the biggest names in MMA. Over the course of his storied career, he’s earned impressive victories over B.J. Penn (three times), Cub Swanson (twice), Urijah Faber, Chad Mendes and Jeremy Stephens. He now aims to steal the show and stake his claim for another title shot against one of the division’s most aggressive and dynamic finishers.

Among the most exciting fighters on the UFC roster, Jung (14-4, fighting out of Seoul, South Korea) is known for his spectacular highlight-reel finishes. The Korean Zombie is the only fighter in UFC history to win by twister submission and holds one of the fastest KO wins at seven seconds. He returned to action last year following mandatory military service with a first-round KO over Dennis Bermudez. Jung hopes to continue his climb up the featherweight ranks and earn the biggest victory of his career.

The co-main event will feature two perennial fan favorites in a bout that could take home Fight of the Night honors.

Former lightweight title challenger and Denver native Cerrone (33-11 1NC, fighting out of Albuquerque, N.M.) has delivered some of the most thrilling fights inside the Octagon®. Since moving to welterweight in 2016, he’s earned impressive stoppage wins against Yancy Medeiros, Matt Brown, Rick Story and Patrick Cote. He now looks to rebound with a victory in his hometown.

A hard-hitting KO artist, Perry (12-3, fighting out of Orlando, Fla.) immediately turned heads when he joined the UFC in 2016. Known for his aggressive striking, Perry’s netted impressive KO victories over Jake Ellenberger, Danny Roberts, Hyun Gyu Lim and Alex Reyes. On the heels of his first decision win, over Paul Felder in July, he’s poised to add a MMA superstar to his resume.

Additional bouts on the card include:

For the latest information on additional bouts for this event, please visit www.ufc.com. All bouts live and subject to change.

Visit the UFC® Press Portal for information and content to support your UFC coverage. Please click here to apply for the event.

UFC Fight Club® members will have the opportunity to purchase tickets Wednesday, Sept. 5 at 10 a.m. MT via the website www.ufcfightclub.com. A special Internet ticket pre-sale will be available to UFC newsletter subscribers Thursday, Sept. 6 starting at 10 a.m. MT. To access this presale, users must register for the UFC newsletter through UFC.com. 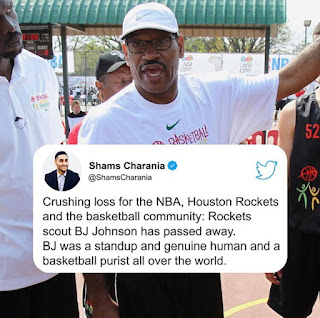