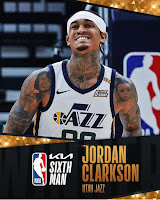 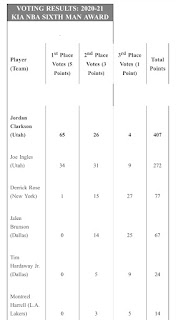 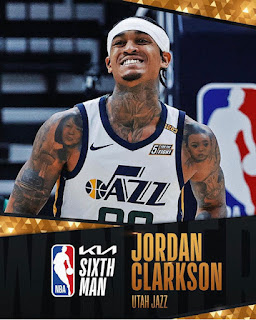 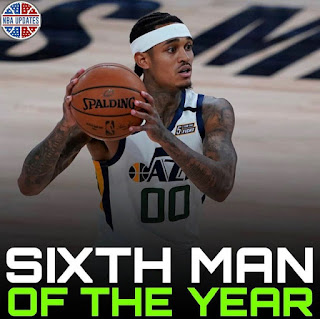 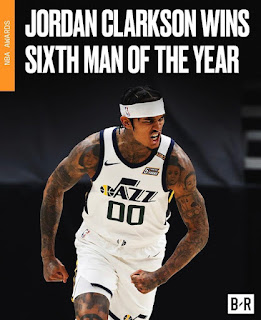 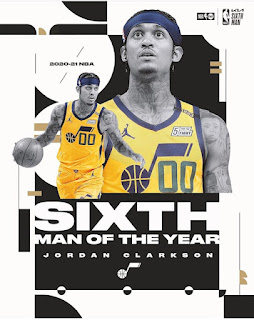 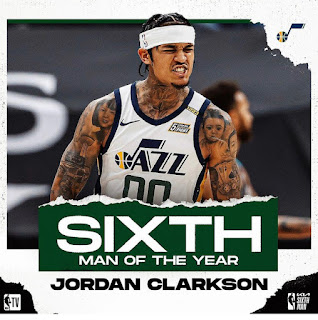 NEW YORK, May 24, 2021 – Utah Jazz guard Jordan Clarkson has won the 2020-21 Kia NBA Sixth Man Award for his contributions in a reserve role, the NBA announced today.  This is the first Sixth Man honor for Clarkson, who becomes the first player to win the annual award with the Jazz.

Clarkson averaged a career-high 18.4 points, 4.0 rebounds and 2.5 assists in 26.7 minutes in 68 games (one start).  His scoring average of 18.3 points as a reserve was the highest in the NBA.  Clarkson made a career-high 208 three-pointers overall (seventh in the NBA among all players) and a league-high 203 as a reserve.  The 203 three-pointers are the fourth-highest single-season total off the bench in NBA history.  He also ranked ninth in the NBA in free throw percentage this season (89.6).

Clarkson joined Ingles in helping Utah finish with an NBA-best 52-20 record and the fifth-highest single-season winning percentage in franchise history (.722).  The Jazz earned the top seed in the Western Conference for the 2021 NBA Playoffs.

The voting results for the 2020-21 Kia NBA Sixth Man Award are below.  The balloting was tabulated by the independent accounting firm of Ernst & Young LLP.  Complete ballots for each voter will be posted at PR.NBA.com after the announcement of all end-of-season awards.

Below is the list of all-time winners of the Kia NBA Sixth Man Award.