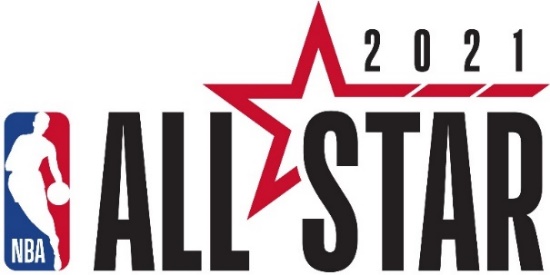 NEW YORK, Feb. 18, 2021 – The Los Angeles Lakers’ LeBron James and the Brooklyn Nets’ Kevin Durant lead the list of 10 players who have been selected by fans, current NBA players and a media panel to start in the 2021 NBA All-Star Game, which will take place on Sunday, March 7 at State Farm Arena in Atlanta.

As the NBA All-Star Game starters who led their respective conferences in fan votes during NBA All-Star Voting 2021 presented by AT&T, James and Durant will serve as team captains for the Team LeBron vs. Team Durant matchup and draft the rosters from the pool of players voted as starters and reserves in each conference.  TNT will air the 2021 NBA All-Star Draft on Thursday, March 4 at 8 p.m. ET.

• Stephen Curry, Warriors (7th All-Star selection): Curry has been named an All-Star Game starter for the seventh time in the last eight seasons.

• Luka Dončić, Mavericks (2nd All-Star selection): This is the second straight selection as an All-Star starter for Dončić, who last year became the ninth player to play in the All-Star Game at age 20 or younger.

• LeBron James, Lakers (17th All-Star selection): His 17 All-Star selections are the third most in NBA history, behind Kareem Abdul-Jabbar (19) and Kobe Bryant (18).  James, the leading scorer in All-Star Game history (385 points), is set to extend his record for consecutive All-Star starts to 17 – a streak that began in his second NBA season, 2004-05.

• Kawhi Leonard, Clippers (5th All-Star selection): Leonard has been named a starter all five times as an All-Star.

• Bradley Beal, Wizards (3rd All-Star selection): The 2020-21 NBA scoring leader has been voted to start the All-Star Game for the first time.

• Kevin Durant, Nets (11th All-Star selection): Durant, who holds the second-highest scoring average in All-Star Game history (25.0 ppg), is an All-Star for the 11th straight season in which he has played.

After all votes were tallied, players were ranked in each conference by position (guard and frontcourt) within each of the three voting groups – fan votes, player votes and media votes.  Each player’s score was calculated by averaging his weighted rank from the fan votes, the player votes and the media votes.  The two guards and three frontcourt players with the best score in each conference were named NBA All-Star Game starters.

Fan votes served as the tiebreaker for players in a position group with the same score.  Dončić won the tiebreaker with the Portland Trail Blazers’ Damian Lillard for the second starting spot in the Western Conference guard group.

NEW YORK, Feb. 18, 2021 – The National Basketball Association announced today that the Dallas Mavericks at Houston Rockets game scheduled for tomorrow has been postponed due to government shutdown of Toyota Center because of severe weather conditions in Houston.

The game will be rescheduled at a later date. 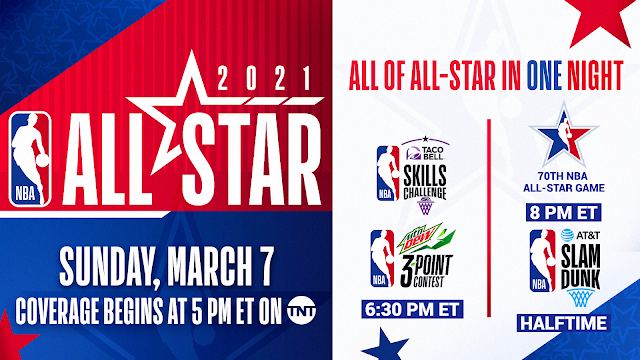 NBA ALL-STAR 2021 TO BE HELD ON MARCH 7 IN ATLANTA, SUPPORTING HBCUs AND COVID-19 EQUITY EFFORTS

– NBA All-Star Game and Skills Competitions to Take Place on One Night for First Time, With Oncourt Action Beginning at 6:30 p.m. ET on TNT –

– NBA and NBPA to Commit More Than $2.5 Million to Support HBCUs and Communities Impacted by COVID-19 –

NEW YORK, Feb. 18, 2021 – The National Basketball Association (NBA) announced today that NBA All-Star 2021 will be held on Sunday, March 7 at State Farm Arena in Atlanta, home of the Atlanta Hawks, where the league’s annual global celebration of the game will take place on one night for the first time, with oncourt action beginning at 6:30 p.m. ET on TNT.  As part of this year’s events, the NBA and National Basketball Players Association (NBPA) announced that they will commit more than $2.5 million in funds and resources toward Historically Black Colleges and Universities (HBCUs) and support and awareness around equity and access to COVID-19 care, relief and vaccines.

TNT’s NBA All-Star coverage will begin at 5 p.m. ET with TNT NBA Tip-Off presented by CarMax, followed by the Taco Bell® Skills Challenge and MTN DEW® 3-Point Contest starting at 6:30 p.m. ET.  Coverage of the 70th NBA All-Star Game will begin at 8 p.m. ET, with AT&T Slam Dunk taking place at halftime.  The game will follow the same format as last year, with the teams competing to win each quarter and playing to a Final Target Score during the untimed fourth quarter.

In partnership with the Thurgood Marshall College Fund (TMCF), UNCF (United Negro College Fund), National Association for Equal Opportunity (NAFEO) and Direct Relief’s Fund for Health Equity, the NBA, NBPA and NBA All-Star 2021 partners, including AT&T, MTN DEW® and Taco Bell®, will highlight the importance of HBCUs and raise awareness around the disparate impact of COVID-19 on communities of color.  In addition, All-Star will feature special performances by HBCU musical groups and unique storytelling and content by distinguished alumni and students.

For NBA All-Star 2021, the NBA and NBPA have established additional measures to supplement the league’s current Health and Safety Protocols.  These include private travel to and from Atlanta, the creation of a “mini bubble” environment within a single hotel for players and coaches, and enhanced PCR testing.  More information is available here.  Additionally, for the well-being and safety of the greater Atlanta community, there will be no fan activities, ticketed events or hospitality functions as part of All-Star.

Additional details regarding NBA All-Star 2021 and the date of the NBA All-Star Draft will be announced in the coming days.

NBA Commissioner, Adam Silver: “NBA All-Star in Atlanta will continue our annual tradition of celebrating the game and the greatest players in the world before a global audience.  In addition to the festivities on the court, the All-Star Game will honor the vital role HBCUs play in our communities and focus attention and resources on COVID-19 relief, particularly for the most vulnerable.”

NBPA Executive Director, Michele Roberts: “HBCUs provided premium education to our communities at a time when access to higher learning was denied to us.  They were there – and have remained there – for us.  We now stand with them.”

Thurgood Marshall College Fund President and CEO, Dr. Harry L. Williams: “As a founding partner of the Thurgood Marshall College Fund, the NBA has been a consistent supporter for more than 33 years.  By dedicating its All-Star platform to supporting Historically Black Colleges and Universities, the NBA is making a profound statement about the league’s commitment to a better future, recognizing the crucial role Black Colleges have always played in facilitating racial equity and serving the African American community.”

UNCF CEO, Dr. Michael Lomax: “We welcome this exciting opportunity to partner with the NBA and the players.  Together, the NBA and players can shine a bright light on the vital work of our nation’s HBCUs and help ensure that we can support our Black college students on their education journeys.”

Clark Atlanta University President, Dr. George T. French, Jr.: “The Clark Atlanta University community is incredibly excited to be a part of NBA All-Star 2021.  The night will provide a unique opportunity not only to celebrate the accomplishments of our students, faculty and alumni, but also to share the rich history and essential contributions of our institution and other HBCUs with a global audience.”

The Interdenominational Theological Center (ITC) President, Rev. Matthew Wesley Williams: “As NBA All-Star Weekend visits the City of Atlanta to showcase the talents and contributions of some of the world’s best and most well-known athletes, the ITC community is pleased to join the NBA and its players in celebrating the achievements and contributions of some of our country’s most important institutions – our Historically Black Colleges and Universities.”

Morehouse College President, David A. Thomas, Ph.D.: “NBA All-Star 2021 presents an extraordinary moment to highlight the legacy of scholarship, leadership and service HBCUs have represented since their founding.  Morehouse College is excited to be a part of this celebration and momentous occasion.”

Morris Brown College President, Dr. Kevin James: “Morris Brown College would like to thank the NBA, NBPA and the entire extended NBA family for including us in this year’s All-Star Game.  We welcome and appreciate the attention the night will bring to the unique and vital role played by historically Black institutions here in Atlanta and across the country.”

Spelman College President, Dr. Mary Schmidt Campbell: “As NBA All-Star returns to Atlanta, Spelman College looks forward to being a part of the celebration that highlights HBCUs across the city and beyond.  Our mission at Spelman is to educate Black women to become global leaders and to inspire a commitment to positive change.  We are honored to be part of the NBA 2021 All-Star celebration of our nation’s HBCUs.”

About the NBA All-Star Beneficiaries

Thurgood Marshall College Fund
The Thurgood Marshall College Fund (TMCF) is the nation’s largest organization exclusively representing the Black College Community.  TMCF member schools include the 47 publicly-supported HBCUs and Predominantly Black Institutions (PBIs), including medical and law schools.  TMCF also serves as a resource for nearly 300,000 students enrolled in the HBCU/PBI network of schools.  The NBA is one of the founding partners of TMCF.

UNCF (United Negro College Fund)
UNCF is the nation’s largest minority education organization.  To serve youth, the community and the nation, UNCF supports students’ education and development through scholarships and other programs, supports and strengthens its 37 member colleges and universities, and advocates for the importance of minority education and college readiness.  UNCF institutions and other HBCUs are highly effective, awarding nearly 20% of African American baccalaureate degrees.

Direct Relief is a humanitarian aid organization, active in all 50 states and more than 100 countries, with a mission to improve the health and lives of people affected by poverty or emergencies.  The Fund for Health Equity will identify and provide financial support to communities in which deep-seated effects of historic racism and socioeconomic disparities remain and are being disproportionately affected by the COVID-19 pandemic. 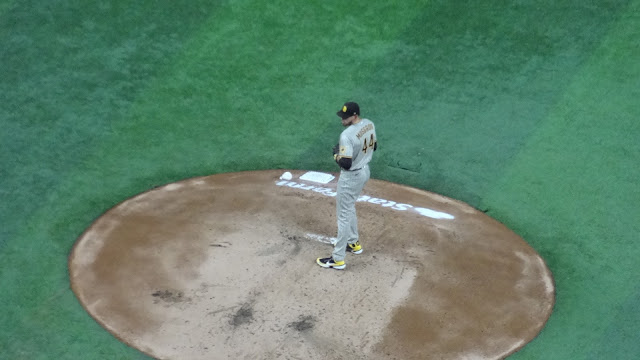